MY IDEA EQUALS MY PROPERTY

CAN SURROGATE PARENTS GET MATERNITY LEAVE? 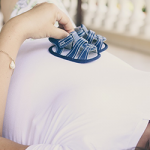 Alex and Ben are in love and decide to enter into a civil union on 31 October 2010 in terms of the Civil Union Act[1]. Everything is going great and a year later they decide as a couple to enter into a surrogacy agreement with a surrogate mother in terms of which they shall have a baby. The surrogacy agreement was in accordance with the Children’s Act[2] and was confirmed by Court Order.

Ben and Alex discussed the logistics pertaining to their new bundle of joy. In terms of the Surrogacy Agreement they will be handed the child directly after birth, without the surrogate even catching sight of it. One or both of them will have to be available to care for the new-born from the moment of birth.

Alex received feedback from his Human Resources Department, informing him that his application for maternity leave was rejected in terms of the company’s policy and the BCEA, as neither provides for the issuing of maternity leave for surrogate parents. As a counter offer Alex was offered and subsequently accepted two months paid adoption leave and two months’ unpaid leave.

Alex referred the dispute to the CCMA on the basis of unfair discrimination, because his company refused to grant his application for maternity leave due to the fact that he is not the biological mother of his child. They further argued that a commissioning parent party to a surrogacy agreement is not entitled, in terms of their company policy, to the full and due four months paid leave as females are under the same policy.

Alex was not at all satisfied with the treatment received by his company and he felt that he has been discriminated against, as the Children’s Act and the Civil Union Act both recognised his status and rights as a commissioning parent. There was therefore no excuse as to why his company and the BCEA should not recognise it as well.

The CCMA, upon hearing the matter, established that Alex’s company’s policies were similar but more stringent than the BCEA in that they provided separately for adoption leave as offered to Alex and Ben, and not at all for surrogacy rights to leave. Furthermore, it came to light that due to recent legislative developments as mentioned above, there was no reason why Alex should not be entitled to maternity leave and that such maternity leave should be granted for the full and/or same period as any other mother is entitled to.

Upon hearing submissions from Alex, Ben and Alex’s employer the CCMA decided that by refusing Alex’s application for maternity leave Alex was unfairly discriminated against by the company in its implementation and structure of its archaic maternity leave policy.

The CCMA ordered that Alex be paid an amount equivalent to two months’ salary for the previously granted unpaid leave. In addition, Alex’s company must recognise the status of parties to a civil union and not discriminate against the rights of commissioning parents who have entered into a surrogacy agreement, in applying its maternity leave policy. The company was also ordered to pay Alex’s costs of having to bring this application.

Legislative intervention is needed in this regard in order to adequately and undeniably address the rights of commissioning parents to maternity leave. This case pertained to company policies and was addressed as such, but Alex and Ben initially sought relief for themselves and other similarly placed applicants so as to prevent unfair discrimination against them in this regard.

The Purpose of the Small Claims Court