ANTENUPTIAL CONTRACTS: WITH OR WITHOUT THE ACCRUAL SYSTEM?

SOCIAL MEDIA: WHAT LINE CAN’T I CROSS AS AN EMPLOYEE? 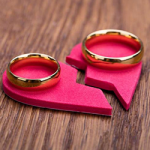 Once a couple has become engaged, you could say that they have concluded a verbal contract to get married. From that point, up until the marriage, the couple would be committed to getting married, as well as the planning and preparation leading up to it. However, in some instances, one of those in the relationship might decide to break off the engagement. This might seem unimportant, but what if the couple had gone to great lengths to plan the wedding and even went as far as changing lifestyles in the expectation of getting married. Would the person being left behind be able to sue for damages lost?

Does our law mention engagement?

Our common law has, over the years, recognised the principle that the aggrieved party has a claim for breach of promise. Traditionally this claim comprises two parts, namely:

In the Supreme Court of Appeal case Van Jaarsveld vs Bridges (2010), it was found that no claim in South African law exists other than actual expenses incurred in the planning and preparation of the marriage.

The judgement draws attention to a court’s right and more importantly, duty to develop the common law, taking into account the interests of justice and at the same time to promote the spirit of the Bill of Rights.

The question whether or not the claim for breach of promise is a valid cause of action in South African law was once again considered in the Western Cape High Court. In this Court, Judge Robert Henney was the presiding Judge in the matter of ES Cloete vs A Maritz.

Miss Cloete claimed that Mr Maritz proposed formally to her in Namibia on the 9th February 1999 with an engagement ring, and she accepted. The relationship was turbulent and a decade later Maritz called off the engagement and the intended wedding. Cloete instituted action against Maritz and alleged that Maritz’s refusal to marry her amounted to a repudiation of the agreement which they had reached 10 years earlier. In his judgment, Judge R Henney said: “Clearly, to hold a party accountable on a rigid contractual footing, where such a party fails to abide by a promise to marry does not reflect the changed mores, morals or public interest of today.”

The judge also said: “As pointed out by Sinclair, The Law of Marriage Vol 1 (1996), to hold a party liable for contractual damages for breach of promise may in fact lead parties to enter into marriages they do not in good conscience want to enter into, purely due to the fear of being faced with such a claim.”

The validity of an Antenuptial Contract

ARE YOU LEGALLY MARRIED?

ANTENUPTIAL CONTRACTS: WITH OR WITHOUT THE ACCRUAL SYSTEM?