MUST I REGISTER AS A CREDIT PROVIDER WHEN SELLING MY FARM?

THE BENEFITS OF CREATING A TRUST 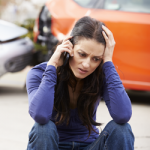 With the zero-tolerance approach the law has towards road users, it’s necessary to address the consequences of drinking and driving. Unfortunately, holidays and weekends often bring devastating road accidents, with families being injured and losing members due to drunk-driving related incidents.

What does the law say?

What happens if you are caught?

After your release, a docket will be opened and you will be allocated an investigating officer who will follow up your blood test results.

Getting behind the wheel after drinking alcohol should not be an option. People should always use an alternative option, such as getting a lift with someone else, Uber, or using a taxi. Besides the fact that drinking and driving could cost you or someone else their life, it also has severe legal consequences.