CO-OWNING PROPERTY WITH SOMEONE ELSE: THE UPS AND DOWNS

WHAT IS A TITLE DEED?

MY TENANT FAILED TO PAY RENT: CAN I KICK HIM OUT? 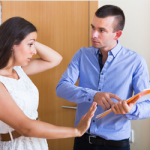 If your tenant has failed to pay his or her rent, it can be tempting to simply kick them out yourself and change the locks. However, do so would be considered illegal, even if the tenant has become an illegal occupant. The reason is because of the PIE Act.

Anyone who is an unlawful occupier, which includes tenants who fail to pay their rentals and bonds, is covered by PIE. It excludes anyone who qualifies as an ‘occupier’ in terms of the Extension of Security of Tenure Act.

When is an eviction lawful?

After a landlord intrusts their attorney to commence eviction proceedings, the following happens:

The impact of the pandemic on the rental market

INVESTING IN A RENTAL PROPERTY