DO I NEED AN ANTENUPTIAL CONTRACT BEFORE MARRIAGE?

WHAT ARE TENANT AND LANDLORD DUTIES?

CUSTOMARY MARRIAGES AND COMMUNITY OF PROPERTY 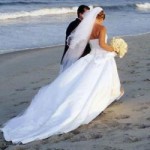 What is a customary marriage?

In a polygamous marriage, the husband must apply to the High Court for permission to enter into such a marriage and provide the court with a written contract stating how the property in the marriages will be regulated (to protect the property interests of both the existing and prospective spouses).

Customary marriages must be registered within three months of taking place. This can be done at any office of the Department of Home Affairs or through a designated traditional leader in areas where there are no Home Affairs offices.

The following people should present themselves at either a Home Affairs office or a traditional leader in order to register a customary marriage:

In the event that the spouses were minors (or one was a minor) at the time of the customary marriage, the parents should also be present when the request to register the marriage is made.

Who is responsible for a child’s wellbeing?

MY EX’S NEW PARTNER IS ABUSIVE TO MY CHILDREN