SALE OF IMMOVABLE PROPERTY AND THE NATIONAL CREDIT ACT 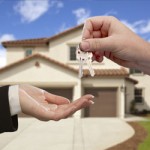 Our office recently dealt with a matter where the trustees of the body corporate of a certain sectional title scheme clamped the wheel of the car of one of its homeowners because he did not park on his allocated parking bay.

Even though the homeowner did not park on his allocated parking bay, he could not understand why his vehicle got clamped for parking outside of his own front porch, when he was in and out of the house during the day. It seemed highly unfair and unreasonable to the homeowner.

It is a truism that every homeowner cannot do as he pleases as this would lead to total disorder in the sectional title scheme, and it is the duty of the trustees of the body corporate to enforce rules on owners and tenants alike. When one buys a property in a sectional title scheme one will more often than not find a provision in the agreement which states that homeowners, inter alia, will abide by the rules of the body corporate.

This begs the question whether or not the homeowner’s hands are tied if the rules were amended by a special decision taken at a general meeting by the trustees of the body corporate.

Remedies available to homeowners and tenants

If there is reason to believe that the trustees of the body corporate of a sectional title scheme have acted ultra vires (outside their powers), homeowners have a choice of two remedies – either arbitration or an interdict.

The discontented homeowner could apply for arbitration, the duration of which should not exceed a maximum of 52 days.

In terms of Section 71 of Annexure 8 of the Sectional Title Act 95 of 1986, the purpose of arbitration is not, as some believe, to achieve compliance. The prescribed process requires the discontented homeowner to submit his dispute in writing to the trustees of the body corporate of the sectional title scheme within 14 days of the problem arising, whereafter the trustees will review and attempt to settle the matter. Should the problem still not be resolved, either the homeowner or the trustees of the body corporate can request that the matter be referred for arbitration.

The arbitrator has wide discretion in making a costs award. He may order payment by one party, by more than one jointly, or in specific proportions, depending on the outcome of the arbitration. The arbitrator’s decision may be made an order of the High Court upon application by either party, or a party affected by the arbitration.

There is a further remedy available to the homeowner, namely an interdict or any form of urgent or other relief by a court with jurisdiction.

But this line of action has elicited the following warning:

Furthermore, the interdependence of the owners and occupants of units and the unavoidable requisite of harmonious co-existence render an interdict inadequate and indeed improper in the sectional title context. A successful application for an interdict can permanently ruin the harmony of a scheme (LAWSA aw para 238).

In essence, if the rules of your body corporate allow the trustees to clamp your wheel should you disobey the rules, and you have reason to believe that your Body Corporate is acting outside of its powers and/or the rules are unreasonable, you may follow the steps as set out above.

This article is a general information sheet and should not be used or relied on as legal or other professional advice. No liability can be accepted for any errors or omissions nor for any loss or damage arising from reliance upon any information herein. Always contact your legal adviser for specific and detailed advice. (E&OE)

Why transferring agricultural land is not all that simple

Selling a property with defects: What you need to know