USUFRUCT, USUS AND HABITATIO: WHAT IS THE DIFFERENCE?

SHOULD I DRAFT A WILL?

WHO MAY BE APPOINTED AS DIRECTOR? 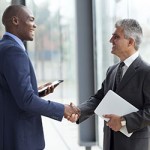 Certain people are not eligible to be appointed as directors of a company. In this article we look at who is disqualified from being a director as well as the effects of the actions of such persons while still acting as director.

Section 69(7) lists the persons on which there are an absolute prohibition, being juristic persons, minors or any persons disqualified in terms of the Memorandum of Incorporation. Section 69(8) lists the persons that are disqualified on a temporary basis, being someone who has been prohibited by the court or whom the court has declared a delinquent, unrehabilitated insolvents, persons who were removed from an office of trust on the grounds of misconduct involving dishonesty, and persons who were found guilty of a criminal offence and imprisoned without the option of a fine, or were ordered to pay a higher fine for being found guilty of any dishonesty crimes.[1]

A question that arises here is what the effect would be of appointing a prohibited director. Section 69(4) says that a person immediately ceases to be a director if they are prohibited from being a director, but section 71(3) states that if a shareholder alleges that a person is disqualified then the person must be removed by a board resolution before they cease to be a director. This means that any act done by such a person, despite his disqualification, will be valid and binding on the company unless the third party who was involved in the act was aware that the person they were dealing with was disqualified.[2]

Section 162(5) (a)-(f) sets out the grounds for an order of delinquency. A court must make an order declaring a person to be a delinquent director if the person:

It is therefore very important, when appointing a director, to make sure that he is qualified in terms of the new Companies Act. One must do proper research about a person accordingly before appointing him as a director of a company because it is possible that if you do not do so, the company in which you are a shareholder may have to bear the consequences of the actions of this disqualified person.

This article is a general information sheet and should not be used or relied on as professional advice. No liability can be accepted for any errors or omissions nor for any loss or damage arising from reliance upon any information herein. Always contact your legal adviser for specific and detailed advice. Errors and omissions excepted. (E&OE)

How to avoid exhausting your human resources

How to protect your business from credit card fraud

Talent mobility: A new strategy for recruiting and retention