PAY YOUR LEVIES, OR ELSE… 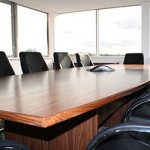 The new 2008 Companies Act, which repealed to a large extent the 1973 Act, does not have a similar wording that provides for more than one address. In the matter of Sibakhulu Construction (Pty) Ltd vs Wedgewood Village Golf Country Estate (Pty) Ltd (Nedbank Intervening) 2013 (1) SA 191 the Western Cape High Court dealt with the question of which Court would have jurisdiction where a company has a registered address different from its principal place of business.

The matter revolved around business rescue proceedings and winding up proceedings. The Court remarked that Section 128 of the Act makes reference to only “…the High Court…” This wording denotes that a single Court would have jurisdiction over a company, and not more than one Court as in the previous Act. In dealing with the matter the Court considered the interpretation of the new Act.

Section 23(3) of the new Act specifically states that a company must continually maintain at least one office and register the address of its office or of its principal office if the company has more than one office. This office will, under the new Act, be the company’s registered office. Section 23 makes it clear that this office must be maintained by the company itself and the following Section deals with documentary records to be kept at the address. The Court remarked that the new Act retained the institution of a registered office with which the outside world could make contact.

Unfortunately the Act does not define “principal office” but the Court remarked that, from a reading of the Act, it is clear that the intention is to denote the place where the administrative business of the company is centred. It follows, the Court suggested, that this office should also be the principal place of business. The Court concluded that the principal place of business and the registered office have to be at the same address under the new Act.

Reference was further made to Section 7 of the new Act where it is stated that the purpose of the Act is to provide a “predictable and effective environment for the efficient regulation of companies”. The Court held the view that to give effect to the purpose of the Act as set out in Section 7 it would follow that, in terms of Section 23, a company can only reside at its registered office, which means that only a single court can have jurisdiction.

Companies should be aware of this judgement and make sure that they register their principal place of business as their registered address.

This article is a general information sheet and should not be used or relied on as professional advice. No liability can be accepted for any errors or omissions nor for any loss or damage arising from reliance upon any information herein. Always contact your legal adviser for specific and detailed advice. Errors and omissions excepted. (E&OE)

How to avoid exhausting your human resources

How to protect your business from credit card fraud

Talent mobility: A new strategy for recruiting and retention