USUFRUCT, USUS AND HABITATIO: WHAT IS THE DIFFERENCE? 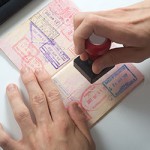 This article looks at the New South African Immigration Regulations that came into effect on 26 May 2014 and how it affects a spouse attempting to renew or obtain a spousal visa.

A Newlands family was torn apart after South Africa’s new regulations barred Louise Johnson from returning to South Africa after going on a family holiday in Namibia. Section 27 of the new regulations declared Louise Johnson, a Danish-born spouse of a South African, as an undesirable person. People who are travelling on an expired visa will be declared as undesirable people. This is very controversial because many foreigners, such as Louise, have applied well within the time limit, which is 60 days before the expiry thereof, and have still not received their renewed visa.

In order to apply for a spousal and life partner visa one must prove that the relationship has existed for two years before an application for this visa is made. One must also prove that the relationship still exists after two years. Further, if you are married to or in a life partnership with a South African citizen or a permanent resident holder, you have to be married for a continuous period of five years before an application for permanent residency can be launched.

Visa renewals often take months to process and in the past a receipt issued by the Department of Home Affairs, indicating that an application was pending would suffice. The new regulations bring this to an end. Foreigners who remain in South Africa for anywhere between one to thirty days after the expiry date of their valid visa will be deemed to be undesirable for a period of twelve months. A second transgression within a period of twenty-four months will render them “undesirable” for a period of two years and should they overstay for more than thirty days they will be classified as “undesirable” for five years.

For example Olivia Lock, a British National, who is married to a South African, was prohibited from returning to South Africa for 12 months in May, due to leaving South Africa on an expired visa whilst awaiting the outcome of a renewal of her visa. United States citizen, Shaima Herman, married to a South African, was also declared an “undesirable person”, after a two-year wait for the approval of her spousal visa. Her husband indicated that she had visited the Department of Home Affairs on 14 separate occasions and yet her visa remains delayed.

Haniff Hoosen from the Democratic Alliance stated that: “Media reports and public outcry suggest that in less than a month the new regulations have already ripped apart families, dissuaded investors, and led to the suspension and even cancellation of multimillion-rand film and tourism ventures”. He called for the regulations to be reviewed and debated by Parliament’s Home Affairs Portfolio Committee.

The Minister of Home Affairs, Malusi Gigaba, asserted that the new immigration regulations proposing to be in the best interests of South Africa’s security, is an insufficient excuse for inefficient policy. He further states that: “Omissions and lack of definitions and criteria raised serious concerns about the new regulations, which would be subject to “misappropriation and abuse” by the Department of Home Affairs and its officials.”

It is very likely that one can expect to see court cases challenging these regulations very soon but in the meantime one should not travel out of South Africa without a valid visa, or you will be declared an “undesirable person”.