CANCELLATION OF THAT GYMNASIUM CONTRACT 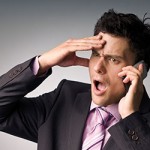 Mr Black buys a BMW car in terms of a hire purchase agreement and the financing is done through BMW Finance. After a few months Mr Black inherits a huge sum of money and decides that he wants to settle the outstanding amount. Mr Black’s concern is whether the credit provider is entitled to charge a penalty fee for early settlement of the outstanding finance amount.

The first step in answering the above mentioned question will be to determine which laws regulate the situation. The legislation that applies here will be the National Credit Act 34 of 2005 and the Consumer Protection Act 68 of 2008.

Section 125 states that a consumer is entitled to cancel a credit agreement at any time with or without prior notice to the credit provider. The settlement amount will be the sum of the following amounts:

In the case of a large credit agreement (R250 000.00 or more) the outstanding amount will be calculated as above, but with additional interest, known as an early settlement fee. The fee may not exceed an amount equal to three months’ interest on the capital amount.

This article is a general information sheet and should not be used or relied on as legal or other professional advice. No liability can be accepted for any errors or omissions nor for any loss or damage arising from reliance upon any information herein. Always contact your legal adviser for specific and detailed advice.Errors and omissions excepted. (E&OE)

Do I still need to pay my debt after all this time?