SUSPENSIVE CONDITIONS IN A DEED OF SALE: KNOW YOUR OBLIGATIONS 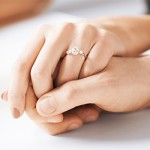 In South African law there is no such thing as a common law marriage. People simply believe that living together with another person for a continuous period of time establishes legal rights and duties between them. This is a common misunderstanding especially with young adults.

The only way to be protected in our law is to enter into a universal partnership agreement. Such an agreement clarifies the rights and duties of the partners. The agreement will determine what would happen to property and assets of the couple if they should decide to separate. The agreement is, however, not enforceable in so far as third parties are concerned. Only a valid marriage is enforceable against third parties. It is important to note that partners can sometimes be jointly and severally liable if they acted within the scope of the partnership. An agreement such as this will be legally binding as long as it contains no provisions that are immoral or illegal. If there is no agreement on the dissolution of a universal partnership agreement, a party would only be entitled to retain those assets which he or she has purchased and owns and further would be entitled to share in the assets proportionately in terms of the contribution which they have made to the partnership.

To prove the existence of such a partnership it must be shown that:

Where there is no express agreement, a tacit agreement may be proved if it is found that it is more probable than not that such an agreement had been reached between the parties at the time of cohabitation.

Because the existence of a universal partnership is somewhat difficult to prove, and it may not be a claim that you wish to have to make or defend, it is advisable to consider entering into a contract that spells out how property should be dealt with on termination of the relationship by death or otherwise. Such a contract would provide some certainty for cohabitees regarding the division of assets and settlements of liability on termination of the relationship.

Some of the consequences of the absence of a legal ground between parties in such relationships are:

This article is a general information sheet and should not be used or relied on as legal or other professional advice. No liability can be accepted for any errors or omissions nor for any loss or damage arising from reliance upon any information herein. Always contact your legal adviser for specific and detailed advice.Errors and omissions excepted. (E&OE).